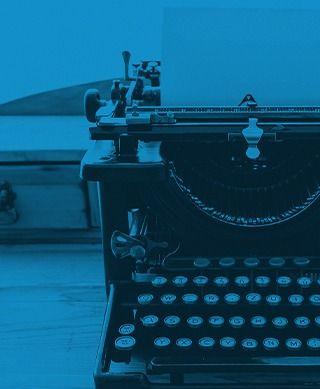 Teen Parents in Russia: are they Children or Adults?

In 1996 she graduated from Voronezh State University, the Faculty of Law.

Since 1997 she has been working at the Department of Civil Law and process, VSU.

She delivers lectures in Family Law in Russia.

In 2006 she obtained Doctor of Law. The topic of thesis is “Legal status of minor parents in Russian Federation”.

Teen Parents in Russia: are they Children or Adults?

1.      The current Family Code of the Russian Federation was adopted in December, 1995[1]. Article 62 of this law was the first attempt to formalize the regulation devoted to minor (or teen) parents in Russia[2].

2.      The importance of this law cannot be overestimated because about 7 percent of children in Russia, according to unofficial statistics, are born to minor mothers. 3.       The legal term minor parentis commonly used to describe a person who, being under the age of 18, gives birth to a child.

4.      The research allows concluding that teen parents are not a homogeneous group and it is possible to divide them into three different categories depending on their age and their marital status[3].

5.      The first category includes persons who are below 16 years of age and who are not married.

7.      The third category embraces persons who are married irrespective of age.

9.      To begin with, let us dwell on the legal status of the first category persons; that is those who are under 16 and not married. Minor parents of this type do not have the full scope of parental rights and duties. Such parents are entitled to live together with their children and to participate in their upbringing. In Russia, the legislation provides for the possibility but not for the obligation of appointing a guardian for children born to minor parents of the category in question[4]. Specialized bodies, called guardianship bodies, are vested with the right but not the duty of appointing a guardian. In our opinion, this is not fully justified because minor parents who are under 16 cannot take proper care of their children themselves. For instance, in case of necessity, they cannot represent the interests of their children in court[5]. According to the law, minor parents of the first category have few parental rights and no legal duties and as a result it is impossible to bring them to account as parents. We think that if a child born to a minor parent of the first category does not have an appropriate lawful representative (by the way, this function can be performed by the other parent), the appointment of a guardian for the child of such a parent should be mandatory and not just possible. It meets the needs and interests of both, the minor parent, who is rendered assistance in exercising his or her rights, and the child of the given parent since there appears a capable person who can exercise the child’s rights.

11.    Let us concentrate on the legal status of parents belonging to the second category that is persons who are aged 16 and who are unmarried. Parents of this type do not have the full scope of legal capacity. Generally, people acquire legal capacity when they reach the age 18. Before the age of 18, people can become legally capable only in two cases, first, if a person gets married, second, if a minor is emancipated, that is declared legally capable because he or she is employed or engaged in business activities. Thus, minor parents of the second category are not legally capable, they cannot represent their interests in court; in the vast majority of cases, they need consent of their parents to conduct transactions; they are entitled to receive alimony payments from their parents[6]. At the same time, in respect of their children, minor parents of the second category are completely independent in exercising their parental rights. For example, they shall independently represent the interests of their children in court; they have the right to conduct any transactions on behalf of their children; they independently give consent to carrying out any medical interventions. At the same time, minor parents of the given category shall support their children.

12.    Now let us consider teen parents of the third category that is persons who are married irrespective of age. Parents belonging to this category have no problems connected with discrepancy of capability, because from the moment they contract a marriage, they obtain in full both the civil and the parental capability. However, minor parents of the third category have problems stemming from their immaturity. In some regions of the Russian Federation, parties to a marriage have the capacity to marry at the age of 14[7]. Hence, it is clear that minor parents of the category in question are unable to actually exercise the full scope of parental rights and duties they possess. It is evident that underage parents are actually unable to take proper care of themselves. Thus, there is no doubt that children cannot be safely entrusted to the care of their young parents and the latter cannot be made responsible for the maintenance, upbringing and development of their children.

13.    From our point of view, there are several possible solutions to the problems connected with the legal status of minor parents of the second and third categories.

14.    First, it is necessary to provide for minor parents of the second category a possibility of obtaining pre-term capacity at the age of 16. It is also possible to adopt a law in accord with which a person aged 16 automatically obtains legal capacity in case he or she gives birth to a child. The legislation may provide for minor parents of the category in question the right to be emancipated that is to be declared legally capable.

15.    Next, teen parents of the second and third categories must exercise their rights and duties under the supervision of specialized bodies, called guardianship bodies in Russia. Regular control and supervision over minor parents of the given categories shall help them to be good parents and at the same time shall guarantee that the rights of their children are not violated.

16.    While analyzing different aspects of the problem of minor parents, it is indispensable to focus on the procedure of the establishment of maternity and paternity of minor parents. According to the law of the Russian Federation, there is no difference between minor and major parents in this respect. The uniform procedure is applied to all parents who shall voluntarily establish their maternity and paternity status based on appropriate documents[8]. In case it is necessary to

establish the origin of a child through court, when a parent is not willing to establish his paternity, or if it is necessary to submit an application about contestation of maternity and paternity, minor parents have the right to file claims to court on their own only reaching the age of 14[9].

17.    Dwelling in detail on the question of minor parents and their legal status, we should not lose sight of the fact that they continue to be children. The Family Code of the Russian Federation in Article 54 gives the definition of the legal term ‘child’. This definition fully corresponds to the definition presented in Article 1 of the Convention on the Rights of the Child, which reads that a child is a human being below the age of 18 years[10]. According to the definition, persons belonging to the first and second categories of minor parents are children proper. Married persons irrespective of age, that comprise the third type of minor parents, are just nominally categorized as children and do not actually enjoy the legal status of a child since they are deprived of certain rights entitled to human beings below the age of 18 years. This is readily apparent from the fact that minor parents of the category in question acquire full capability from the moment they contract a marriage. According to the law, parents shall cease exercising their parental rights and shall have no duty to maintain their child if he or she belongs to the third category of minor parents. In addition, married persons irrespective of age shall independently exercise legal rights and duties, including the right to protection.

18.    Thus, in accord with the current Family Code of the Russian Federation, minor parents of all types are actually children. However, legislation in force does not contain any special rules and regulations pertaining to children who are minor parents. We think that the existing law is not entirely satisfactory and effective in dealing with the given problem. We think the law should contain explicit provisions aimed at guaranteeing appropriate legal protection for minors in critically difficult situations. Pregnancy and childbirth should be deemed an extreme situation for the minor. Minor parents are in need of special protection, care and assistance on behalf of the state. Law should be elaborated to guarantee that a child born to minor parents, who are in need of protection and placement into a family or specialized institution, should not be separated from his or her parents. A network of specialized institutions (shelters, boarding schools, and hostels) should be created in order to give shelter to minor parents, mostly mothers, and their children. At present, there are a number of specialized institutions, mostly in large cities of Russia, but it is evident that their number is dramatically insufficient and should be increased. The government is not responding appropriately to the needs of the given institutions and their financial resources are scarce. Individual moneyed assistance should be rendered to minor parents most of whom are from low-income families, unemployed or without regular employment and, hence, unable to maintain their children.

19.    We hope that our research can bring a complex and multifaceted problem of teen parents in Russia into sharp focus. It is becoming increasingly clear that the problem discussed will not be easily solved and a number of measures should be taken to alleviate the problem. We hope that the proposed legal innovations can become effective remedies to the problem. Society should help minor parents to become fully aware of the fact that family is a social institution essential for the continuation of humanity, socialization of human beings and communication of generations.

[2] Before that there were no special norms devoted to minor parents in the family legislation of Russia including the USSR legislation.

[3] The classification of minor parents into three categories (groups) for the first time in science was suggested by the author of this article. See: Velichkova O. I. Family and legal status of a minor parent. Some issues.//Law and politics (Pravo i politika). 2002. No. 3. P. 114-119. Hereinafter this classification is also used by other authors. See, for example: Comments to the Family Code of the Russian Federation/Managing editor A.M. Nechaeva. М: Yuright-Izdat., 2008. P. 212.

[6]M.V. Antakolskaya paid attention to a contradiction between the civil and family legislation regarding capacity of minor parents in 1996. See: Antokolskaya M.V. Family law: Textbook – М: Yurist/The lawyer, 1996. P. 220. L.M. Pchelintseva also emphasized the difficulties in exercise of parental rights by minor parents who have reached of age of sixteen, but are not married and not emancipated. See: Pchelintseva L.M. Family law of Russia. Textbook for high schools. М: Publishing group NORM-INFA, 1999. P. 300-301.

[8] Now motherhood and paternity registration occurs on the basis of the following law: the Federal law of November 15, 1997 No. 143-FL «About acts of civil status»//Family legislation of the Russian Federation. 1997. No. 47. Clause 5340. For the first time the possibility to register motherhood and paternity of minor parents was made in accordance with the general practice introduced by the following document: Instruction about the procedure for registration of acts of civil status in the USSR of July 22, 1991//Law. 1997. No.11.